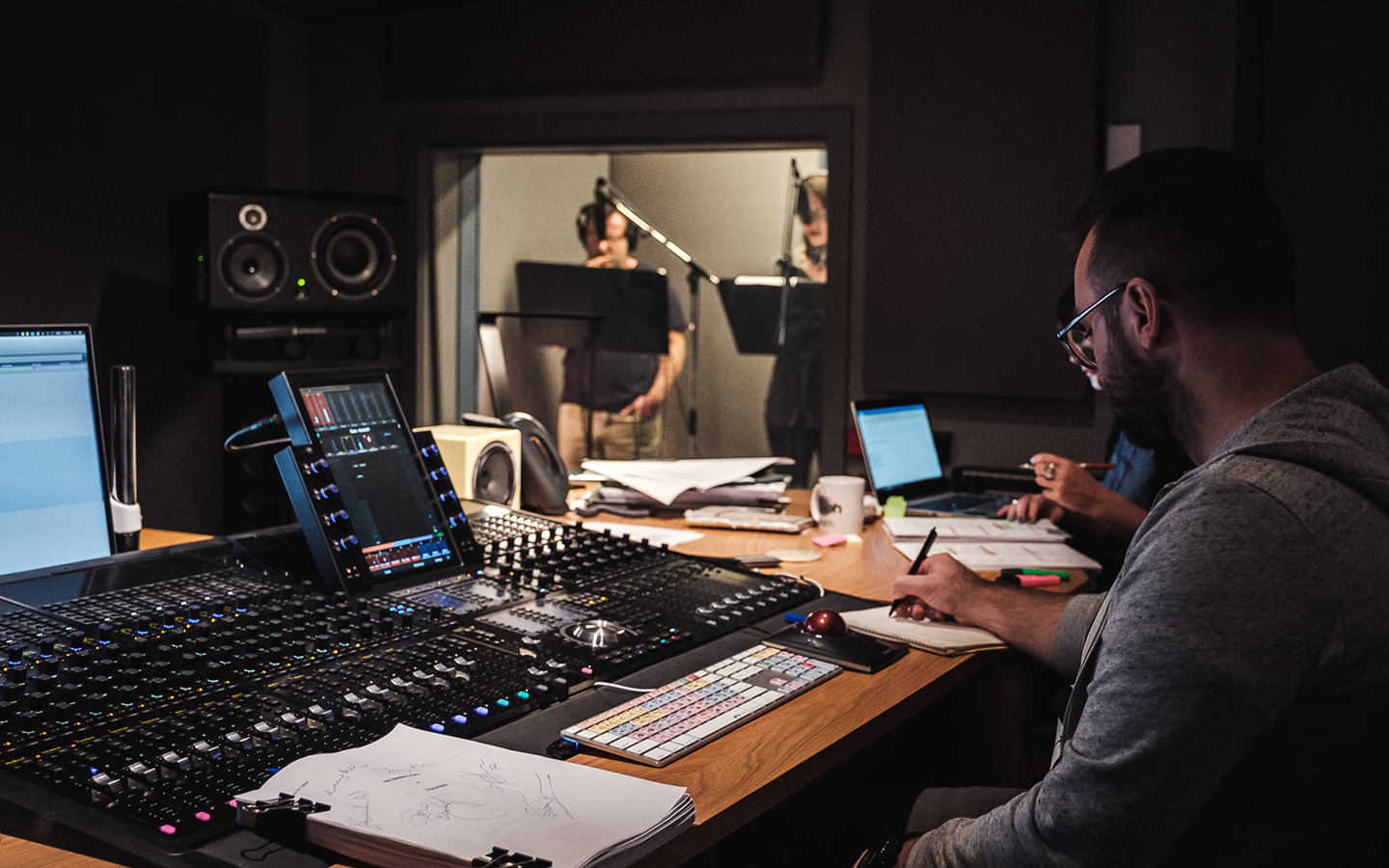 Posted at 16:36h in News by webmaster

Stellar Studios in Sydney was dripping in drama recently after being chosen by Audible to produce one of their new Australian original audio dramas. Audible by Amazon, which prides itself on having the world’s largest library of audiobooks, has commenced the production of ‘Audible Originals’, exclusive audio drama titles penned by renowned storytellers.

The Stellar Studios team flexed their production muscles to bring to life the gripping story of ‘The Goodbye Party’ written by respected Australian playwright, Louis Nowra. Loosely based on a true, unsolved 1963 case known as the ‘Bogle Chandler’ mystery, the action is set in present day Sydney, Australia, and tracks the journey of James O’Malley as he is drawn into a mystery that revolves around the suspicious death of his detective father and a decades-old murder which his father had investigated.

The cast included over 80 actors and 40 of them were important characters to the storyline. The Stellar crew included:

Apart from the exciting challenge of producing such a project, Stellar Studios had the opportunity to work with some of Australia’s finest actors such as Ben Oxenbould, Jacinta Stapleton and Aaron Pederson. Although the script is set in the present day, we meet some of the people involved with the original crime some 30 years earlier. This enabled Stellar to utilise more mature actors which unearthed a rich vein of incredibly talented cast members. Some performances brought laughter and tears, while there were times when the whole room was reaching for tissues.  The author himself turned up for one of the recording sessions. Louis Nowra actually played one of the characters- Joe Karskins, a fragile, tormented soul who is visited by James O’Malley in jail.

One other interesting piece of casting relates to the character Brian Wright who is rather unpleasant, made worse by a sexist and narcissistic side.  He is also an expert in Australian native orchids and works one day a week at Sydney’s Botanic Gardens as a volunteer lecturer. “For this role, we cast the amazing Bruce Spence, a legend in the Australian TV and Film industry, and a truly delightful man,” shares Brad Power, Creative Director of Stellar Studios and all-round creative legend himself.   “Upon our meeting at the studio to record his part, he told us that he has a deep interest in Australian native orchids and volunteers one day a week at the Sydney Botanic Gardens!! Bruce was even able to pronounce all the botanical Latin names on the first take! Go figure!”

We’re glad and relieved to say that’s where the similarity between character and actor ends!

In order to align with deadlines and the availability of cast members, the scenes were recorded in a non-linear method. The project was produced on Pro Tools using the AVID S6 Modular control surface, the centrepiece of Stellar’s premier audio suite while Senheiser 416 semi shotgun mics were used to record voices. Ryan Burrow’s intuitive sound design and Luke Mason’s moody and dramatic music score added the final touches to create something greater than the sum of its parts.

‘The Goodbye Party’ is well worth a listen. Check it out on Audible by Amazon by clicking here.

Meanwhile, Stellar has also recorded some other works for Audible including Annabelle Crabbe reading her ‘Quarterly Essay’ (and quarterly academic work published in Australia) and a performance of the one-woman play ‘Avalanche’ for Audible UK. The play features British star Maxine Peake and follows the experience of a woman on the IVF journey. An incredible performance.

Listen to Louis Nowra during this ABC radio interview.